In order to promote good sportsmanship, the Intramural Program has upheld a sportsmanship policy. It is the responsibility of the team and players to make sure the game atmosphere is friendly and fun to both staff and fellow participants. The sportsmanship rating will be determined by game officials and will include behavior before, during and after each contest. Each team will receive a letter grade after each game. A penalty will be displayed during contests to warn and/or eject individuals, teams or spectators. Ejections occur when an individual receives 2 minor infractions or 1 major infraction.

The tabs below offer more details about our policies.

Minor infractions include, but are not limited to:

Major infractions include, but are not limited to:

Sportsmanship ratings will be based on the following criteria:

Any team and all players on that team receiving an F rating will be suspended from further play until meeting with and being reinstated by the Sports Director.

**All sportsmanship-related incidents may be referred to the Office of Student Conduct.

An ejection policy has been implemented in our Intramural Sports Program. This policy is related to the Components of Emotional Intelligence as seen in the chart below. 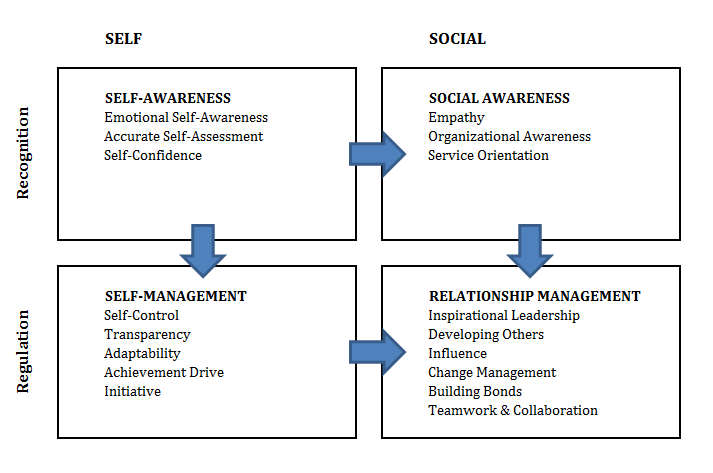 Petition for Reinstatement to the Intramural Sports Program:

An ejection policy has been implemented in our Intramural Sports Program. This policy is related to the Components of Emotional Intelligence as seen in the chart below.

Once received, the Student Advisory Board (SAB) will review the paper and make a recommendation to the Intramural Sports Administration. The outcomes of this review include, but are not limited to:

The Intramural Sports Program and the Student Advisory Board require a minimum of 4 weeks to review petitions once they are submitted. The decision to complete this request for reinstatement is completely up to the ejected participant.

Have Questions or Need Help

If you have questions regarding your ejection, please contact the Intramural Sports Office at 806-742-2945 or by email at Intramurals@ttu.edu