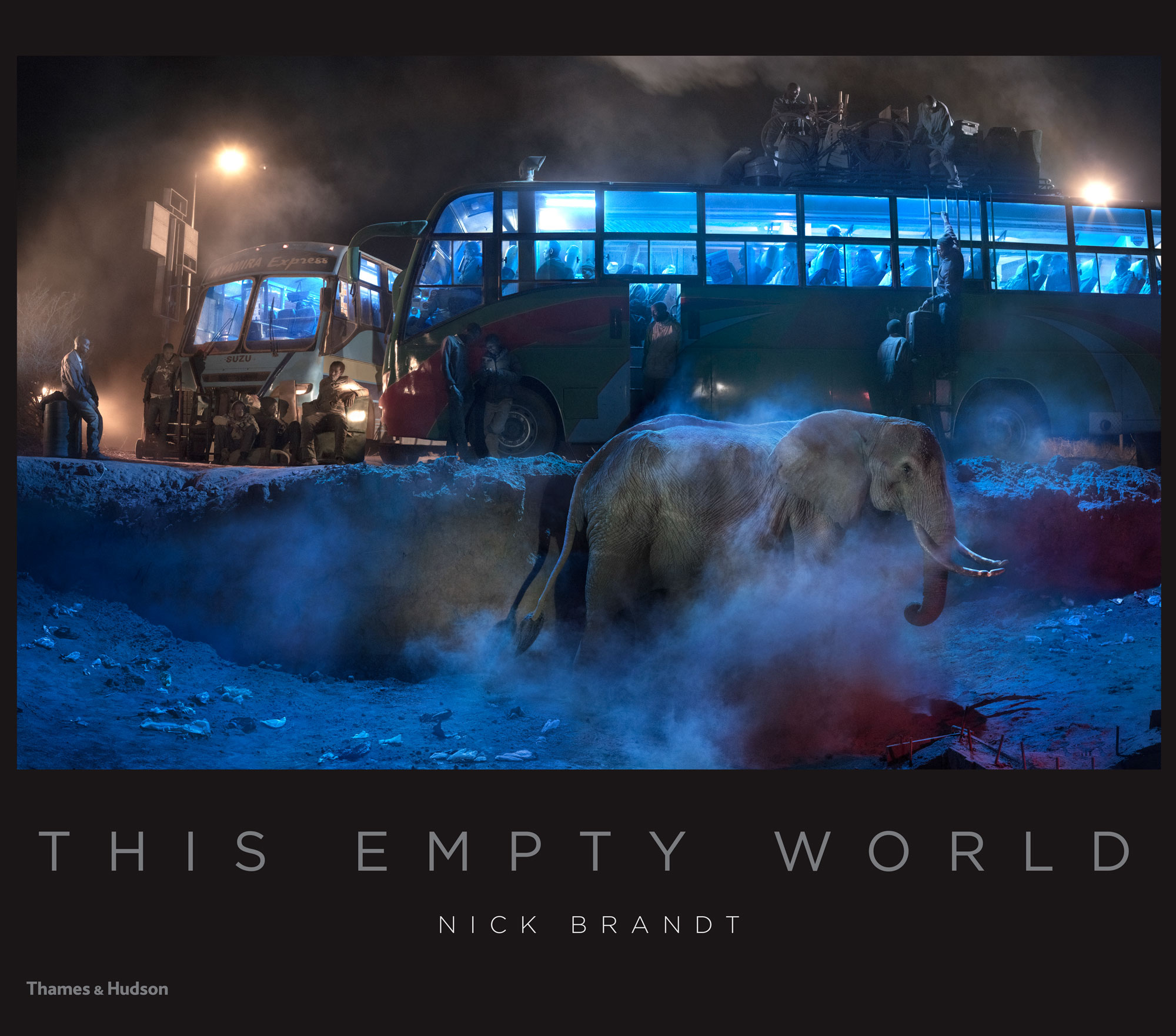 This Empty World addresses the escalating destruction of the natural world at the hands of humankind, showing a world where, overwhelmed by runaway development, there is no longer space for animals to survive. The people in the photos are also often helplessly swept along by the relentless tide of 'progress.'

Each image is a combination of two moments in time, captured weeks apart, almost all from the exact same locked-off camera position.

Initially, a partial set is built and lit. Sometimes, such as with a dead forest, it is actually the complete set. Weeks, even month follow, whilst the animals that inhabit the region become comfortable enough to enter the frame. Once the animals are captured on camera, the full sets - bridge and highway construction sites, a petrol station, a bus station, and more - are built by the art department team. In all but a few of the photos, the camera remains fixed in place throughout.

A second sequence is then photographed with full set, and a large cast of people drawn from local communities and beyond. The final large-scale prints are composite of the two elements.

(NOTE: The images were all photographed on local Maasai community land, without protected reserve status, close to Amboseli National Park in Kenya. After the sets were removed and all their elements recycled with almost zero waste, no evidence of the shoot now remains in the landscape.)