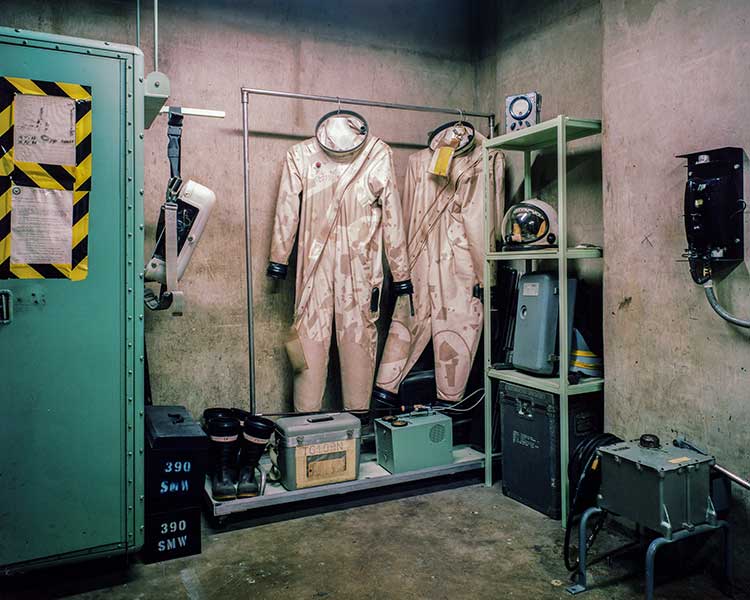 In 2018 the Doomsday Clock was set to two minutes to midnight, the closest it has ever been to striking midnight since the height of the Cold War in 1953 when both the United States and the Soviet Union tested thermonuclear weapons for the first time within ten months of each other. Today, while the Cold War's lessons and fears have largely faded from our collective memory, it is critical to view a decidedly uncertain present through the lens of the past.

Through two photographic essays, photographers Jeanine Michna-Bales and Adam Reynolds offer a calculated look at the "Architecture of Armageddon," both the offensive and defensive implications of nuclear war. These quiet architectural spaces, devoid of people, allow viewers to come face to face with present nuclear realities while also offering a look into the collective psyche of the American people during the Cold War.